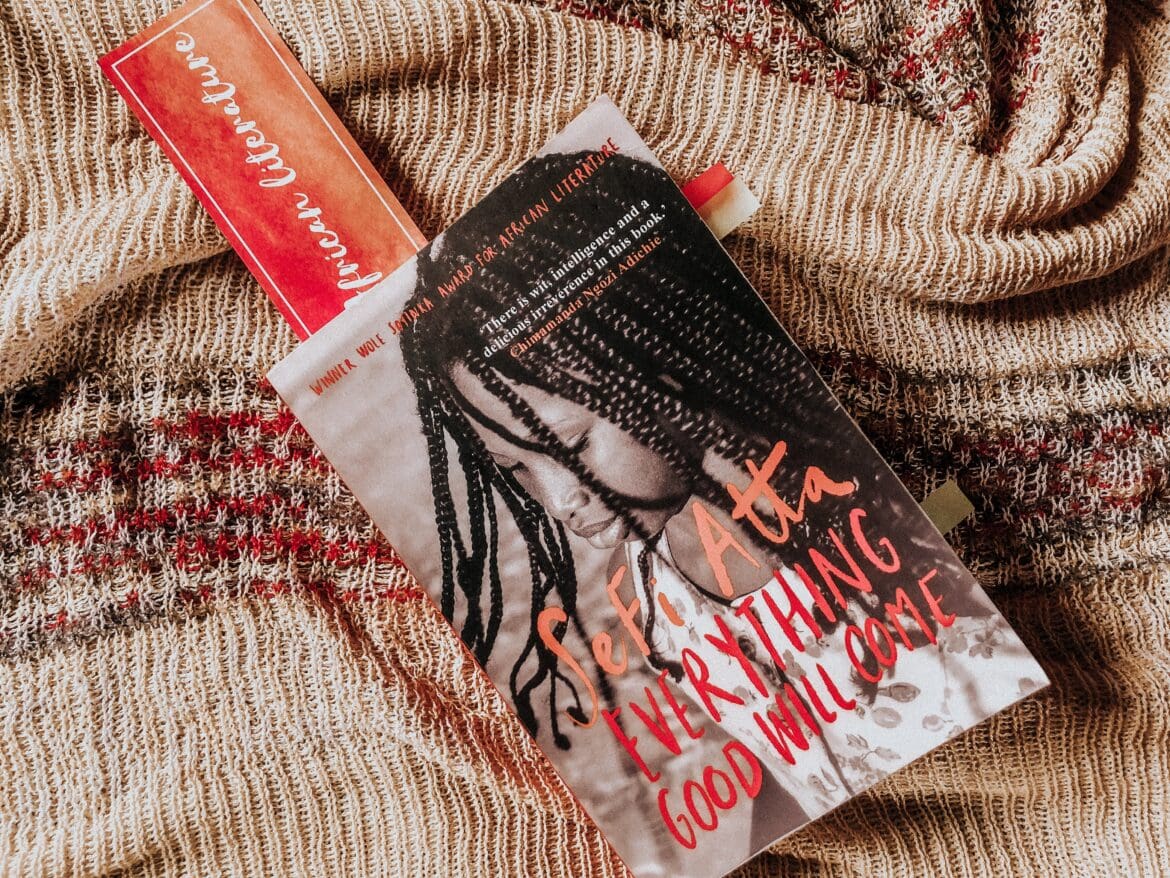 If you follow me on Instagram, you’ll know I thoroughly enjoyed reading this book as evidenced by the numerous excerpts I posted on my story. As I said in my previous post, this is the book of the month of October for my bookclub. Everything good will come is a novel written by Sefi Atta and published 15 years ago. Set in Lagos, Nigeria between the years 1971 and 1995. The main character, Enitan narrates a story of her life from when she was 11 years old till she was 35. Enitan grew up in Ikoyi with her workaholic Lawyer dad and a very religious mom. In the first few pages, we meet her next door neighbour Sheri Bakare who is this carefree girl ready to take on the world and they soon became best friends.

With the politics and the socio-economic situation in Nigeria as a backdrop, we get to see Nigeria in the eyes of Enitan as it alternates between the military and democratic government. A nation struggling just about 11 years after its independence. One thing that was very obvious was how things persistently remained deplorable for the citizens of Nigeria irrespective of gender.

I couldn’t have picked a better book to read considering how the past few weeks have been in Nigeria. It was disheartening to see a book set at least 40 years ago feel so familiar and it was almost like Sefi Atta was writing about the present day Nigeria. Nothing has changed. Not the police brutality, unlawful arrests and detaining of citizens, lack of basic amenities and just bad governance in general. Not even the pattern in which citizens are being silenced by the government has changed.

We met Grace Ameh in the book who as a journalist wrote about the government and got arrested and harassed for it. Fast forward to 2020 and we have members of the Lagos State house of assembly talking about banning social media because the youths voice their opinions and expose their obvious lack of competence. Accountability is a foreign concept to them.

On being a Nigerian woman..

Sefi Atta shows us what it is like being a Nigerian woman in Nigeria.

It is ironic how women are expected to be subservient yet also always expected to speak up against injustice (whether it affects them or not) but not too loud though. I mean, Damned if you do, Damned if you don’t. In a conversation between Enitan and her father about women speaking up, we see her serve it hot with a response that couldn’t have been any more perfect.

‘Women, We never hear from them’ Her father said.

‘ We have our own problems. No husband, bad husband, husband’s girlfriend, husband’s mother. Human rights were never an issue till the rights of men were threatened. There’s nothing in our constitution for kindness at home. And even if the army goes, we still have our men to answer to. So, what is it you want women to say?’

It was beautiful to read and see how the friendship between Enitan and Sheri blossomed into sisterhood. I absolutely loved these women especially for how different they were. They both chose not to conform to societal pressure and were very confident in who they were. Sheri did not let a past trauma define her worth and future and Enitan did not shrink to fit into the perfect wife narrative. Sefi Atta is an amazing writer and she took us on an unforgettable journey. She wrote characters so flawed and relatable

She described Lagos especially Isale eko with such accuracy. I spent one or two school breaks with my grandmother in downtown Lagos aka Isale eko and worked in Ikoyi during my NYSC and to be honest, she couldn’t have described those places any better. Sefi’s ability to describe places, feelings and moments is unmatched.

‘She pressed the picture to her chest and told me of her life in downtown Lagos. The streets were crammed with vehicles ad there were too many people: people buying food from street hawkers, bumping shoulders, quarrelling ad crossing streets. Sometimes masquerades came out or Christmas or some other festival, dancing in their raffia gowns and ghoulish masks.’

Another thing that stood out to me ( and I’ve noticed might be an actual thing) is how daughters often extend grace to their fathers no matter how unworthy they might be but fail to extend same grace to their mothers until they get older and realize what it means to be a woman and a mother in a patriarchal society.

Everything good will come is a profound story that showcased a myriad of themes from friendships, family, womanhood, feminism to the culture/traditions and politics in Nigeria.

I read this book 3 years ago and after re-reading it, I can confidently tell you, it’s a book worth reading. Everyone should read this book at least once in their lifetime. This is one of the best books to come out of Nigeria. I’m so proud! Issa 5 star read!

3 thoughts on “Everything Good Will Come by Sefi Atta”