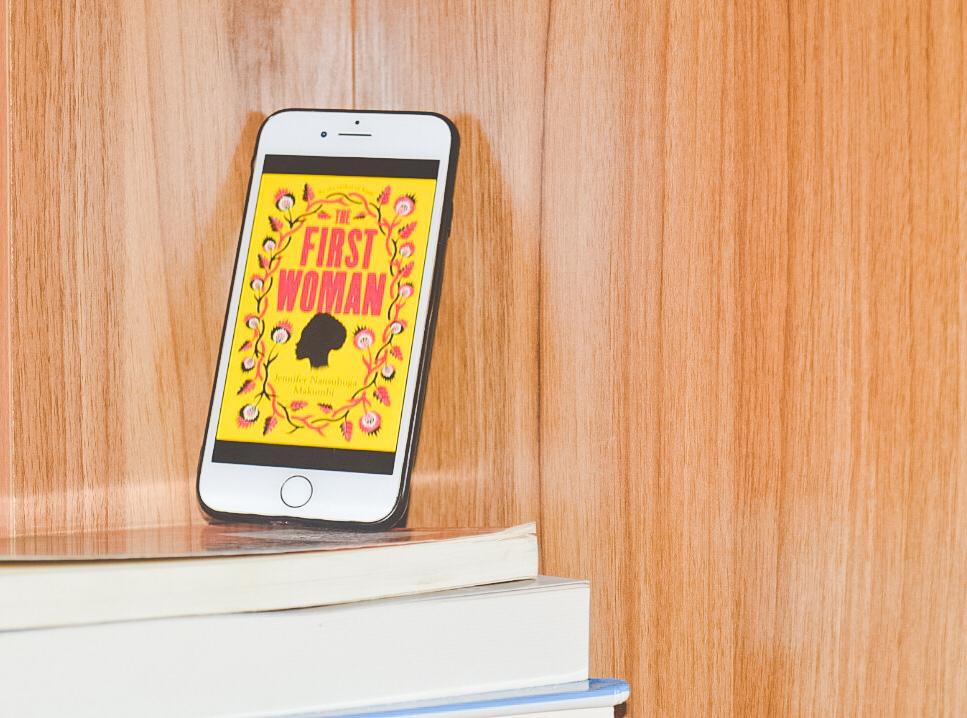 Happy Pub day! The First Woman by Jennifer Nansubuga Makumbi. It is also published in the US with the title A girl is a body of water. Thanks to Netgalley for the eARC.
I was very excited to read this having read all of Makumbi’s books and of course, my expectations were over the roof going into this.

Growing up in a small Ugandan village, Kirabo is surrounded by powerful women. Her grandmother, her aunts, her friends and cousins are all desperate for her to conform, but Kirabo is inquisitive, headstrong and determined. Up until now, she has been perfectly content with her life at the heart of this prosperous extended family, but as she enters her teenage years, she begins to feel the absence of the mother she has never known. The First Woman follows Kirabo on her journey to becoming a young woman and finding her place in the world, as her country is transformed by the bloody dictatorship of Idi Amin. Jennifer Makumbi has written a sweeping tale of longing and rebellion, at once epic and deeply personal, steeped in an intoxicating mix of ancient Ugandan folklore and modern feminism, that will linger in the memory long after the final page.

The first woman is a powerful coming of age story of a young woman Karibo set in a village called Natteta in Uganda. She grew up knowing she was different. She knew she wasn’t like most girls in her village whose goals were to be wives and mothers. The first part of the book shows how she’s trying to figure out why she’s the way she is. It’s the braveness for me!!!!

This book explores Karibo’s life as a young girl who has no relationship with her mother and was raised by her grandparents. She lived in a patriarchal society where women were reduced to nothing, where education was a disadvantage to women as it could make men intimidated. In the midst of these experiences, I did appreciate that she had women who were feminists pushing boundaries around her.

I particularly loved her relationship with her aunt Abi. I think it’s very important to have women who are willing to have the hard conversations and ‘forbidden’ conversations in your corner. I also really enjoyed her conversation with Sio on feminism but that being said, what that pointed out to me was that even men that champion feminism or allies as they call them can and will disappoint you. Accept that and know peace.

The first woman explores feminism in a nuanced way and the complexity of African women. Themes like feminism, sexism, womanhood, marriage, motherhood, family, loss, friendships, Ugandan culture and history were explored. There is a lot to unpack and discuss with this book and I reckon this will be a fantastic book club read.

It started off a bit slow paced and it almost lost my attention but I soon realized that it was a book that needed my undivided attention and patience to savor and soak up its awesomeness. As the story unfolds and family secrets get revealed, you get further hooked in.

I’ve noticed that Jennifer Makumbi likes books with a lot of characters and is unapologetically Ugandan. The book was filled with Ugandan words and phrases. Sorry to you if you’re not Ugandan. I struggled a bit to understand at first but as I progressed, it got easier. She has a descriptive style of writing which makes your reading experience a lot more enjoyable as it paints a very vivid picture in your mind as you read. With the stunning prose and memorable characters, the first woman is THAT book!

Jennifer Makumbi wrote one hell of a book! She’s a fantastic story teller. This was a wholesome read because it is a book written by an African woman about African women navigating patriarchy and sexism. You will like The First Woman if you like books with strong female protagonists, books on feminism, books rich in African culture and myths, multigenerational stories. This was a hit! I have it 4.5 stars which basically means, go get yours already!

One thought on “The First Woman – Review.”