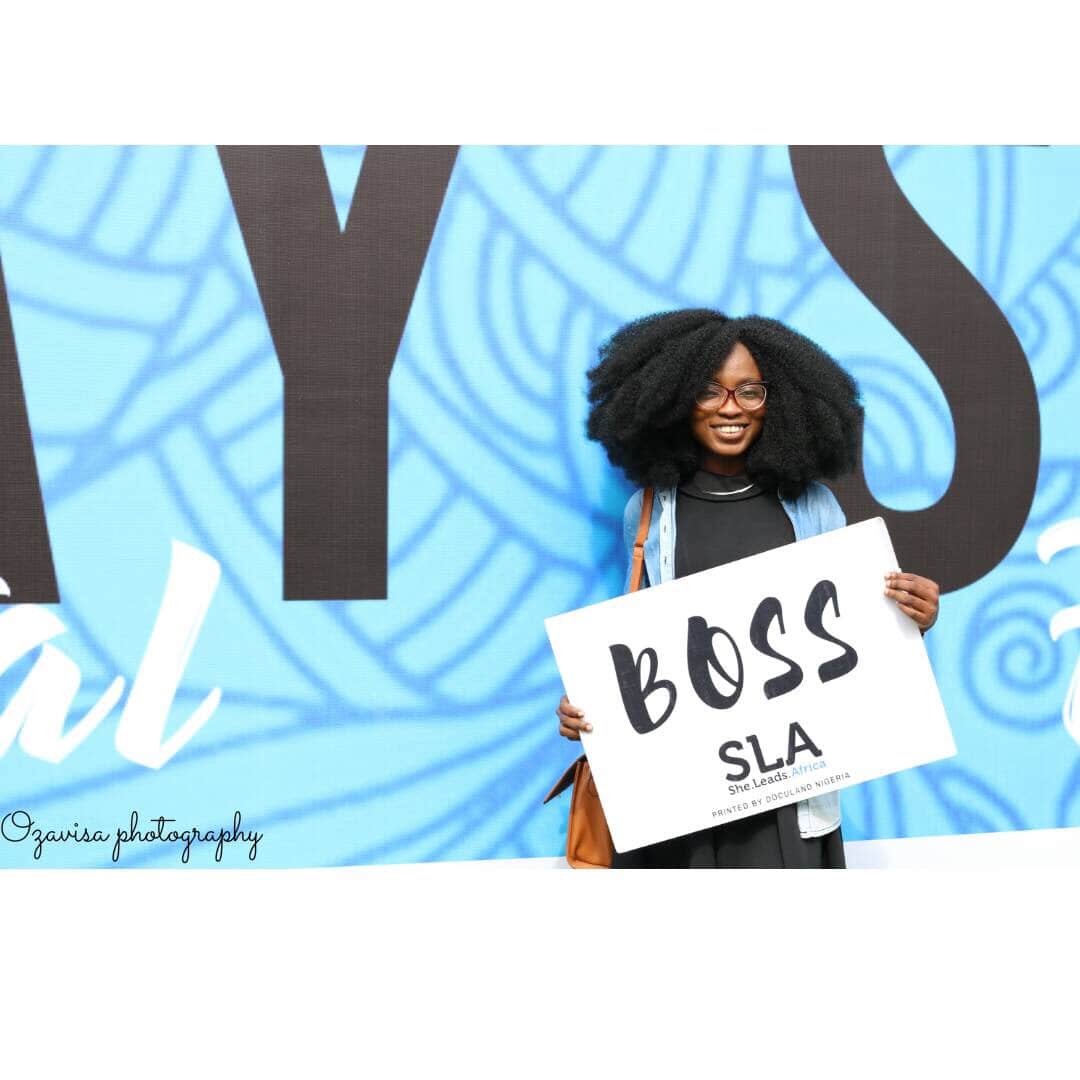 Hey guys! So I’ve been following She Leads Africa on Instagram for a while now so I was quite aware they were organising a fest and I was going to buy a ticket but I kept procrastinating plus I wasn’t ready to let five thousand naira go. As God would have it, my friend tagged me on a giveaway by Kinkyapothecary on Instagram and I decided to participate and guess what? I won! I’d never won a giveaway prior to this so it was quite exciting because I actually really wanted to go for the event and that was a story of the one time procrastination saved my life. Lmao I’m dramatic, I know.

I wanted to go with my sister but she had to go to work. I hate going to events alone but I wasn’t willing to let the opportunity go. I got there a bit late but thankfully they also started late so I did not miss anything. I was quite confused when I got there. It seemed like a lot was going on at the same time. Thankfully, I made a new friend (my fellow giveaway winner) and she told me I could download the schedule for the day to decide which classes to go for and what not.

So basically, there were three main stages

They also had Masterclasses and the Tech village.

I started off going to the tech village and listening to a lecture on taking mobile photography to the next level with Samsung which was actually a very good class. The guy went through the basics of photography and was also selling his Samsung market. They had a giveaway which I was so positive I was going to win until your girl went to the toilet only to return to hear that they’ve just finished the giveaway and the winner has been picked. I felt slightly better that my new friend won it.

Because they started late, we almost couldn’t tell what was happening at the different sections. After the photography class, we went to a master class on saving and investing.

At the end of this class, I was tired of sitting and decided to do a little exploring.

I wandered around for a while actually. Took some pictures.

I really wanted the free food Maggi was giving out but the wait was a bit ridiculous.

I went over to the Clinique stand to get a little touch up – powder and lipstick. That touch up got me some free samples.

Then I went over to listen to Bonang Matheba who is actually the sweetest. She talked about her life and her hustle. People asked questions which she graciously answered. She had a book signing afterwards. She was selling her book for N6k but at that time i’d spent way above my budget for the day so it was a NO from me. I really wanted to wait to see Omotola Jalade-Ekeinde but she wasn’t on stage till like 6:30pm. Putting Lagos traffic in mind, I had to leave before 7pm.

I got home only to find out later that I did not only miss meeting Omotola but I also missed my bae’s performance. Such a disappoint. If you don’t know who bae is then I don’t even know for you.

Overall it was a really good day. I was very inspired listening to/seeing young entrepreneurs and young people in general just living their creative lives, innovating and exploring new ideas. Definitely gave me some kinda hope which was needed because after camp i was pretty sure we’re fucked as a nation.

Oh btw, a LOT of people kept telling me they love my hair. Hay God I wasn’t ready for all that attention. You guys Dolapo Oni said she loves my hair. Yeah, it was lit.

I kinda wished they started on time and kept to time. I also kinda wished so many good stuff wasn’t happening at the same time. Like damn!

P.S- This outing landed me a job so yay to coming out of my shell, networking and meeting people.

P.P.S- Today is Titi’s birthday! Wish her a happy birthday.

Have you heard about She Leads Africa? Have you networked/met anybody new this year?

Go out, explore and live your best life!

0 thoughts on “The Saturday I got inspired – SLAY FESTIVAL”