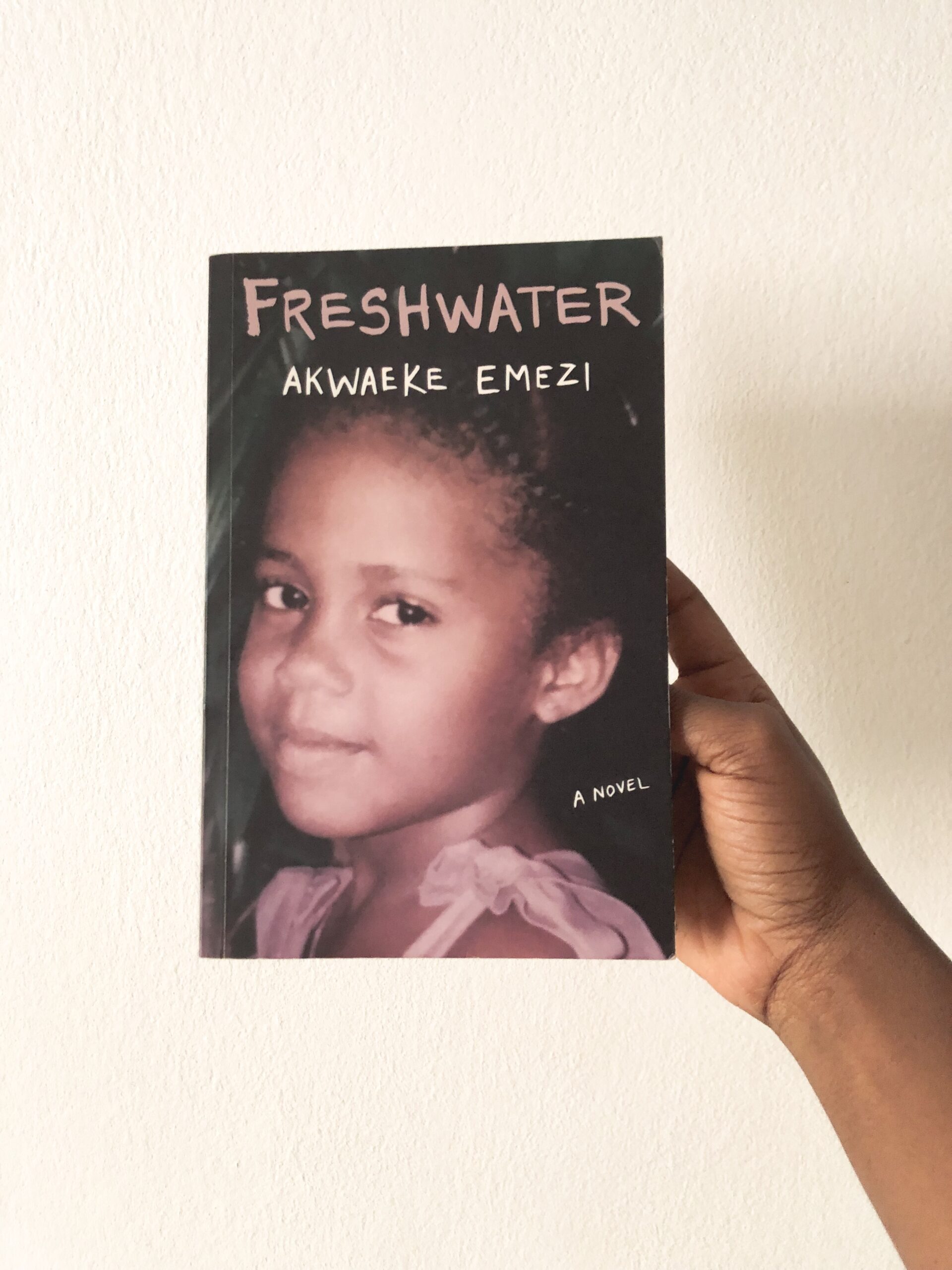 Hi guys. Long time no book review! I was telling my friend last weekend that I’m not a fan of long reviews but I often have a lot to say after reading books. What a conundrum!

{The edition I read was published in Nigeria by Kachifo limited under its farafina imprint.}

I tried hard to stay away from reviews before starting this book. I mean, I waited for over a year but I still read a few and what I gathered from them is that it’s a book about an ‘Ogbanje’ and it’s sort of an autobiography.

I finally started reading it properly last week and I finished it in two days.

Akwaeke tells a story of a young girl Ada, an Ogbanje who was born and raised in Nigeria by her Malaysian mother, Saachi and Nigerian Father, Saul. She had a pretty traumatic childhood but most of it doesn’t come up till much later in the book. The story spans through her childhood in Nigeria up until she travelled to America for college and a few years after that. While in America, a traumatic event happened which led to a series of discoveries. The story takes us through her journey of self discovery and it was amazing to read even more so because it is the reality of the author.

I have heard the term Ogbanje before. I mean if you’re Nigerian, the term is likely not foreign. I don’t know what it means and I’ve never been interested until I read this book. I did a bit of research (ish) on that. Here is the best answer I got.

“An Ogbanje is a reincarnating spirit that causes grief or pain. They’re most often children that die stillborn, or children that die before they’re married (marriage in Igbo culture makes one ‘complete’). This spirit comes through the mother over and over, torturing her and her family. This is the most common understanding.

Ogbanje that don’t die the during infancy are believed to grow up to be very attractive and rebellious. Often troubled or troublesome children that will ultimately die early if measures aren’t taken. Because of this, many rebellious or vain children are called ‘ogbanje’. They’re also ‘special’ children while alive, often having a higher level of spiritual intuition than others. Nobody really knows if a child is Ogbanje unless they pass, and there’s a history of pre-mature death in the family. “

Okay so now that we have a little insight into who an ogbanje is, it gets a little more interesting. The book is narrated by the different spirits/voices/ in her mind. The two main personalities were Asughara and Saint Vincent. I personally wish I read more from Saint Vincent’s POV. I read Chigozie’s book ‘An orchestra of minorities‘ couple of months ago and I think I am starting to understand the concept of a Chi but as I read on, I felt more and more convinced Ada has what we call Dissociative Identity Disorder. I thought Chis were spirits that sorta are just in the background watching you do your thing, the voices/thoughts in your head you know? Asughara and the other spirits controlled Ada so much that she needed them to survive and the weaker she was, the more they thrived.

I tried to be open minded and started to create reasons why it’s actually not Dissociative Identity Disorder. but the Doctor in me refused to let the book take me where it wanted to. My confusion however was that in DID, the original personality usually has no knowledge of the other personalities. When a given personality is dominant and interacting with the environment, the other personalities may not perceive what is happening but in Ada’s case, she interacts with her other personalities, they even had drinks at some point. I tried to picture how that went. My conclusion is The mind is so powerful and sometimes terrible things happen that even our mind cannot process and we find ways to cope to survive.

I really enjoyed reading this book. The writing style was great. My only issue is the timeline was a bit confusing and towards the end, the story felt a bit scattered. I felt some parts should’ve come earlier in the book. WARNING – Be prepared to have chills when you read from Ada’s POV.

Freshwater is a book I’ll likely not forget anytime soon. So unique and thought provoking. It left me mindfucked. It’s not a book you’ll finish reading and just move on from. You might need time to process what you’ve just read. I was so curious to know how much of the book was fiction. It was chilling to know She actually went through all that and I am in awe of her strength for sharing this book with us. It must’ve taken a lot of courage to bare her soul out to strangers who will read and write up reviews of what they think without actually being able to comprehend what she has been through. I read an article where Akwaeke said ‘I hoped Freshwater would help with the terrible depression that often comes with having a reality you can’t share with anyone else.’

‘I inhabit a space between depression and happiness , a sweet spot, a brilliant spot. I stared at him and wondered if it was true. If it was, could that spot be more real than either end of the spectrum? It would be a point of perfect balance.’

This is definitely the longest review i’ve ever written. Am I getting better at this?

Akwaeke is a non – binary transgender. The pronoun to be used when addressing Akwaeke is ‘THEY/THEM’. I find it interesting though that in the about the author section, the pronoun ‘she/her’ was used. ‘Akwaeke Emezi is an Igbo and Tamil writer and video artist based in liminal spaces. born in Umuahia and raised in Aba, Emezi won a 2015 Morland writing scholarship and is a graduate of the Farafina and Caine prize writing workshops. her short story ‘who is like god’ won the 2017 commonwealth short story prize for africa and her work has been published by Granta and Commonwealth writers, among others. Freshwater is her debut.’

Have you read Freshwater? If yes, did you enjoy it?